One of the good things about times of political uncertainty and upheaval is that it gets the creative juices flowing. The arts always blossom during times of revolution or change.

The Scottish Independence Referendum inspired many here in Wales, in their midst actor and singer Gwenno Dafydd.

She recently released a song she co-wrote with composer Katherine Cole, inspired by the Scottish Referendum, a short clip can be found here:

To buy the full version please visit iTunes or Amazon.

Here, in Gwenno’s words, is the story behind the track:

As a passionate and life-long Welsh Nationalist ( My grandfather Ambrose Bebb was one of the founding fathers of Plaid Cymru and I started actively campaigning politically at the age of 14 and I’m now 59!) I had to be in Scotland for the Referendum in 2014 as I felt that whatever the outcome was going to be, it would have tremendous repercussions for British politics and took time off from work and paid from my own pocket to go up to Edinburgh to campaign.

I went out campaigning around the streets of Edinburgh and did leaflet drops in blocks of tenement flats and posh houses around Murrayfield. At one point on my travels I saw a pub called Footlights (the name of a world famous comedy establishment in Cambridge University) and saw that they were selling my favourite Belgian beer, Hoegaarden and I was drawn in there like a magnet. I there met a young barmaid called Hannah Gale who I spent a lot of time with talking about how she as a 22 year old young Scottish woman viewed the Referendum.

On the Wednesday night I went to The Meadows (a famous public park in Edinburgh) alongside people from many, many minority cultures and small nations all fighting for freedom from oppressive and controlling Governments, including a strong contingency of Welsh people who had come up to campaign alongside our Celtic cousins. I have never ever felt such an excitement, it literally felt as if we were in a powerful vortex of creation, the veritable eye of the storm, with the Saltires (the Scottish flags) like waves floating on the breeze above us.

The next time I saw Hannah Gale was outside Hollyrood (The Government building at the foot of ‘Arthur’s Seat’ Edinburgh’s main mountain), at half past five in the morning after the political carnage of the Referendum night. She was weeping inconsolably and Hannah, which means Gwenno (my name) in English, and I were the last two people there whilst all the bottles, cans and chip wrappers were being brushed up into skips. This song is for her and those similar to Hannah who saw the future being stolen from in front of their very eyes by political heavyweights like Gordon Brown who promised much and delivered little.

My vision for this song is that it becomes a rallying cry in the hearts and souls of the Scottish people to work towards full independence for Scotland which will then be followed in time by its smaller Celtic and International cousins who all want to become free from Colonial Governance. You may or may not know but demographically the percentage of younger Scottish people who voted YES was very high and this song has the potential to become their war cry.

The last verse of ‘Don’t give up hoping Hannah’ are the exact words of Scotland’s First Minister, Nicola Sturgeon taken from a television broadcast she did after the Brexit vote, which I have assembled into a verse.

‘Footlights’ came back into my life in the summer of 2016 when it became the venue to launch a book I had been writing for twenty years about female stand-up comics entitled ‘Stand up & Sock it to them Sister. Funny, Feisty Females.’

Two of the only places in society that women can freely verbalise their experience of what it means to be women in society are stand-up comedy and politics. One of the comics I interviewed, Rosie McGarvey Kane was a Member of the Scottish Parliament and since she finished in politics she has done a lot of stand-up comedy and was very helpful in organising the book launch.

Rosie is good friends with Nicola Sturgeon and as a result we were invited to the official reception for all the Edinburgh Summer Festivals at her official home in Bute House, Charlotte Square after the launch of my book and I had the honour of meeting her and presenting her with a copy of ‘Sock it’.

I also told her about my experience in the Referendum and about this song and she said she was very much looking forward to hearing it. She was the very first person to have a copy on the 1st January 2017. A new year and a new dawn for a bright new Scottish future!

Here’s one anthem that I have previously been working on. It’s taken me ten years to get it to this point and every year more and more people sing it. (Lyrics: Gwenno Dafydd. Music: Heulwen Thomas.)

Alba Gu Brath – Scotland for Ever! 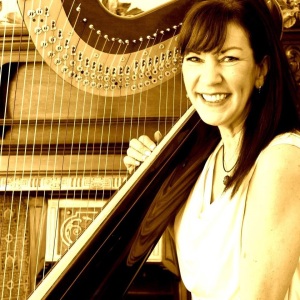 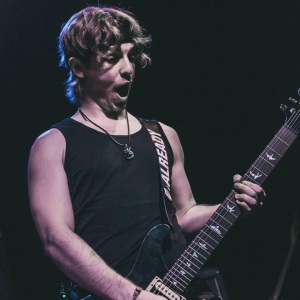